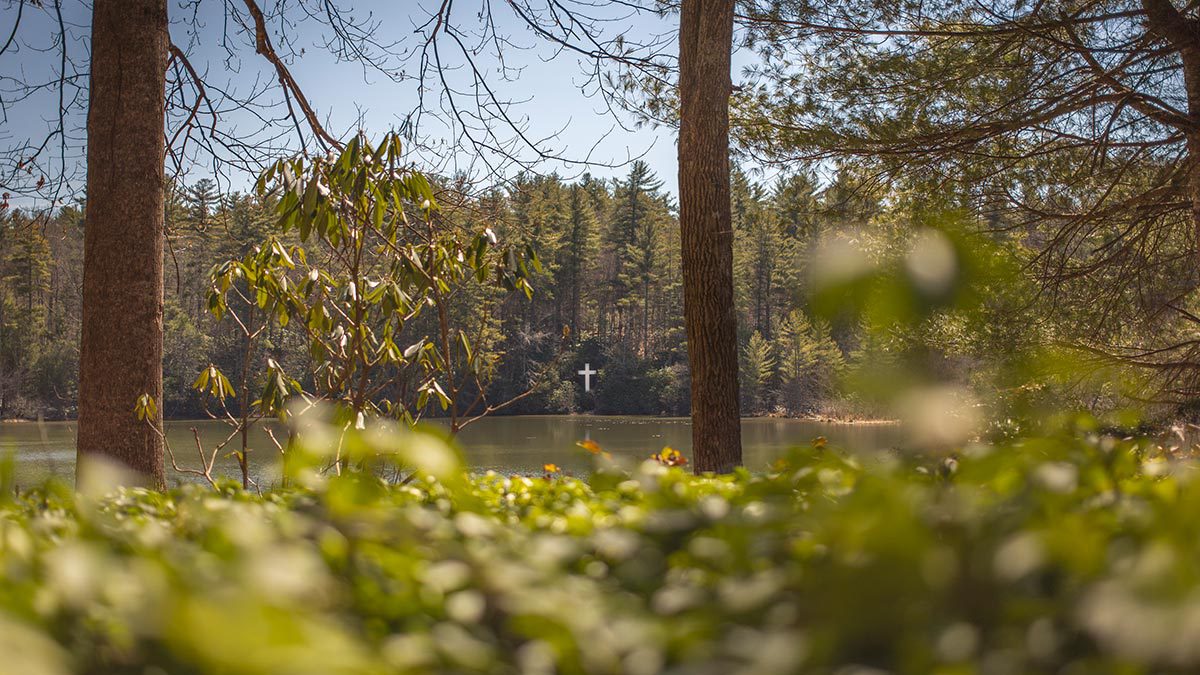 On March 16-18, Kanuga Conference and Retreat Center hosted the Lansing Lee Conference to address the timely topic of civil discourse in America. Held in collaboration with Washington National Cathedral, The Center for Speaking & Listening at Sewanee: The University of the South, and the Episcopal Church Office of Government Relations, the event featured Congressman Bradley Byrne (R-AL) and Congresswoman Suzan DelBene (D-WA) along with nationally recognized voices from the Episcopal Church.

“The conference gave us a glimpse of our goodness and provided hope in a time when so much feels overwhelming,” said Kanuga President Michael Sullivan. “My only regret was the conference could not last longer.”

The event began on Friday evening with a Eucharistic service officiated by The Rev. Cn. Chuck Robertson, Ph.D, Canon to the Presiding Bishop for Ministry Beyond The Episcopal Church, and a sermon by the Rt. Rev. Robert C. Wright, 10th Bishop from the Diocese of Atlanta. Bishop Wright preached to the attendees about transcending the vitriol and identity politics of the American milieu. He emphasized the need to focus on the teachings of Jesus and the love of neighbor. It was an especially poignant call to maintain community even in the midst of disagreement.

A Day Filled with Discussion and Ideas

The conference began in earnest on Saturday with a warm welcome from Kanuga President Michael Sullivan and a presentation on conflict management by Cn. Chuck Robertson.

Cn. Robertson delved into the spiral of conflict that occurs during political disagreements and encouraged attendees to hold each other accountable and be intentional in their viewing of humanity.

In the morning, discussion centered on the panelists’ experiences with civility. Rep. Byrne remarked that politicians working together rarely makes the news, resulting in an heightened awareness of disagreements. Canon Cope recalled several instances in which the Washington National Cathedral was assisted by an Imam from local mosques after the earthquake in D.C. and how they returned the favor, much to the chagrin of many Islamic-phobic members of the community.

After lunch, the panel continued with an exploration of incivility with an emphasis on the current political climate and presidency. Discussion highlights included the evolving role of civil disobedience in American history and ways to bring the plight of marginalized people to the forefront.

Kanuga President Michael Sullivan was pleased with the results of the panel. “The panel sessions provided an excellent example for how people from differing contexts and political positions can have fruitful conversations. Both the representatives and the Episcopal leaders were able to expound on how the important work involves moving beyond institutional loyalties into finding common values with those around us.”

The rest of the afternoon was spent in workshops that provided practical skills in facilitating civil dialogue. Dr. Kay Collier McLaughlin led a workshop on engaging in civil conversations in our communities. Alan Yarborough spoke about the work that the Office of Government Relations does and their advocacy role in Washington D.C. Meanwhile, Dr. Sean O’ Rourke and the Assistant Director Melody Lehn covered what the Center for Listening and Speaking is doing to equip students at Sewanee in the art of civil conversations. The Rt. Rev. Carl Wright hosted his own workshop exploring the role of the Armed Services and Federal Ministries.

The day concluded with a final panel on Saturday evening. Attendees had the opportunity to ask the guest speakers questions. Discussion centered on the media portrayal of the current political divide and how to move beyond the current state of affairs. Other areas explored included perceived censorship on college campuses, educational institutions’ foray into political positions, and the art of engaging with opposing opinions.

Leaving with Hearts Filled with Hope

Sunday marked the conclusion of the conference. After spending the previous day immersed in panel discussion and workshops, the final day began with small group sessions and the chance to refine the practical skill of civil discourse. Afterwards, groups explored specific topics they wanted to focus on post-conference. The day concluded with sharing time in the Chapel of the Transfiguration, followed by a closing Eucharist presided over by the Rt. Rev. Carl Wright. The Rev. Cn. Jan Naylor Cope preached a parting message about forgiveness, redemption, and forward movement.

In looking back at the conference, Kanuga President Michael Sullivan felt inspired. “I was impressed by the depth of all the conference attendees. People came here in search of deeper meaning and gave themselves fully to the discovery of new ways to hear opposing views. Many left with action plans for civic engagement. Friendships were formed and respect was engendered.”

Take a glimpse into the Lansing Lee Conference