Kanuga means different things to different people. It can mean community, learning, friendship, worship, and many other things.

But what does the word “Kanuga” itself mean? “Kanuga” is a word of Cherokee origin, and while the meaning is not entirely clear, we do know that the word has at least two meanings: “gathering place” and a tool used in Cherokee stick ball rituals. We believe that the Kanuga stick was used to settle disputes, and likely involved assembly on the land we now occupy.

As inhabitants of this sacred land, we acknowledge the painful history that we inherit, and challenge all others toward the work of justice Christ calls us toward. We acknowledge those who came before us and offer this prayer and reflection:

Creator, we give you thanks for all that you are and all that you bring to us within your creation. In Jesus, you placed the Gospel in the Center of the Sacred Circle through which all creation is related. You show us the way to live a generous and compassionate life. Give us your strength to live together with respect and commitment as we grow in your spirit, for you are God, now and forever. Amen. (Gathering Prayer – The Disciples Prayer Book, The Indigenous Theological Training Institute)

The story of how Kanuga became the camp and conference center we know today began in the early 1900s. Charlotte businessman George Stephens bought 950 acres in North Carolina and placed a dam across streams near Mud Creek creating Kanuga Lake. He envisioned a mountain retreat where families could escape hot summers.

He commissioned renowned landscape designer John Nolen to draw up the plans and chose the noted Asheville architect Richard Sharp Smith to design the major buildings. Overlooking the lake, he built a large inn, a lakeside pavilion for socializing and water sports, and 39 two- to six-bedroom cottages. The Kanuga Lake Club opened in 1909 and became one of the South’s greatest summer resorts.

The great flood of 1916 broke the Kanuga Lake dam. It was rebuilt as the present 30-acre lake, however financial difficulties caused Stephens to look for new ownership.

“This magnificent property will then belong to the Church,” said Bishop Kirkman George Finlay when the dioceses of the Carolinas purchased the property in 1928. Under Finlay’s leadership, within ten years Kanuga became the Episcopal Church’s largest conference center. Finlay formed a boys’ camp in 1931. In the 1970s, the camp would move and become the co-ed Camp Kanuga.

In 1938, timber salvaged from the great St. Patrick’s Day storm two years prior was used to construct the Chapel of the Transfiguration. It was dedicated in 1942.

The Bob Campbell Youth Campus was completed in the summer of 1999. It is home to outreach Camp Bob during the summer, Mountain Trail Outdoor School throughout the school year and an educational organic garden. Today, Kanuga is an independent nonprofit conference, retreat and camp center affiliated with The Episcopal Church and open to all.

Kanuga’s mission is to invite all people to connect with each other, nature, and the Creator. 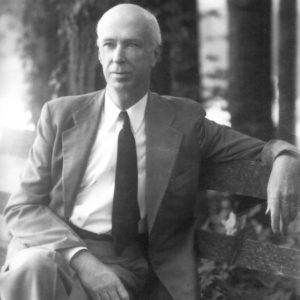 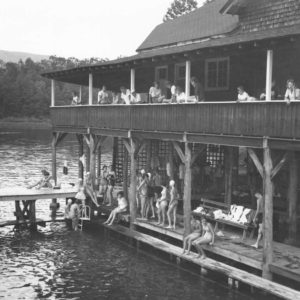 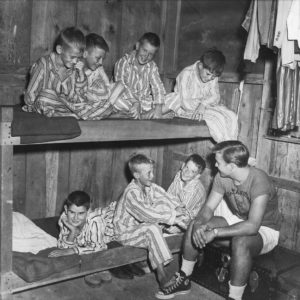