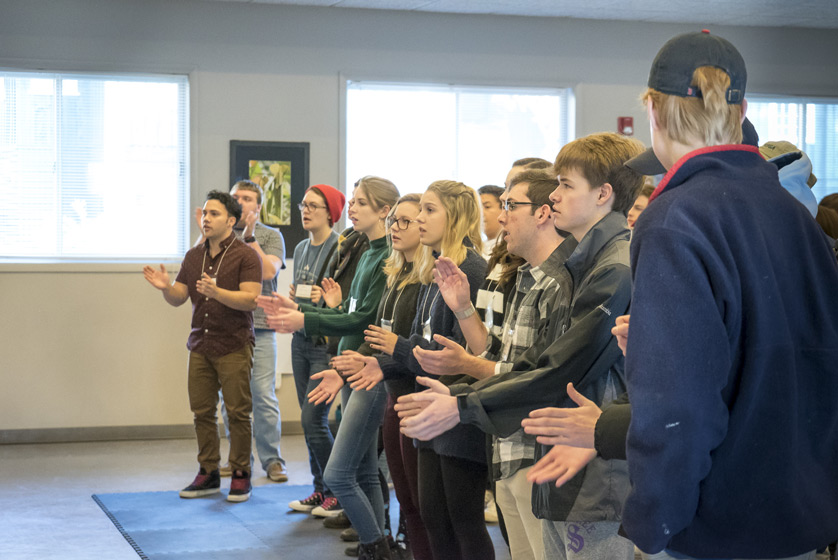 This month, Kanuga hosts Youth Week from June 17 to 22. As the longest running event for youth ministry in the United States, the impact of Youth Week has touched many.

One of those impacted by KEY (Kanuga Empowered Youth) Conference events is Lala Hilizah. She generously shared her story of time at Kanuga and how it affected her life.

Lala’s Story: In the Beginning

It was about four years ago when I met James Owen at a Province IV Network Meeting, just outside of New Orleans. We were both representing our respective diocese, and in our short time together, we immediately hit it off as great friends. Little did I know I would see James—and meet his brother, Jack—at Winterlight #38 at Kanuga two weeks later.

For the next three years, I would find James and Jack at Winterlight. However, it was about three years after initially meeting James that I was able to get to know him and his interests better. During Winterlight #41, we were placed in the same small group.

A Shared Passion for Social Justice

In our small group, I felt comfortable enough to share my spiritual journey and my new-found love for social justice. A year later at Winterlight #42, James shared that he had similar passions for social justice. We ended up talking non-stop about various issues such as race, religion, and our roles in these issues. We were also fortunate enough to lead a workshop titled “Privilege vs. Blessings” with help from our chaplain, Marcus Halley.

During Winterlight #42, I told James about the various mission trips I took with my church. The trips delved into issues relating to social justice. The conversation led to James and Jack joining me as chaperones on my youth group’s trip to D.C. Together, we spent the week ministering to the city’s homeless and refining our skills as advocates through the Episcopal Office of Government Relations.

During our friendship, James has driven over 1,500 miles just for the sake of spending time with me. Our continued friendship wouldn’t have happened without Kanuga. Kanuga has also helped me grow closer to Jack, where I had the privilege and blessing of being his small group leader. I hope our story of friendship can serve as a testament to the grandeur of the place we call home—Kanuga.