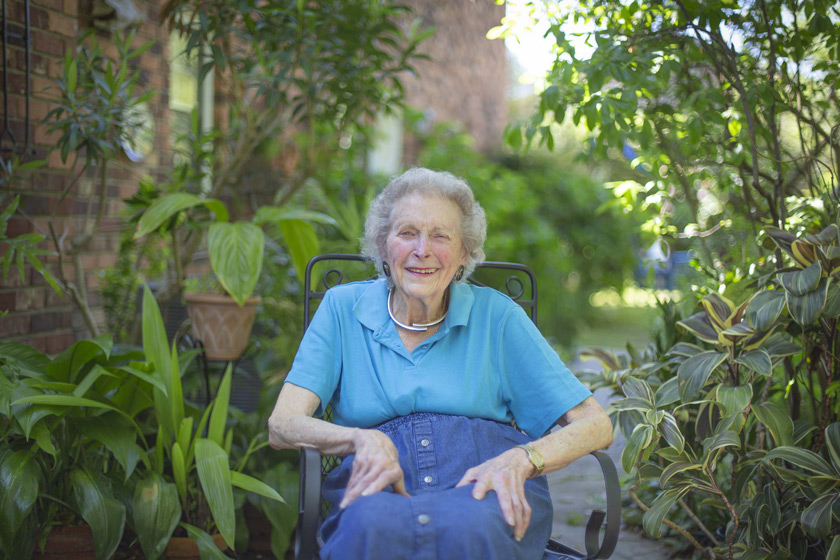 Perhaps the greatest legacy of Kanuga is that despite the passing of years, its influence and pull remains. Like a firmly rooted plant, the impact of Kanuga grows deeper with each passing year until it embraces entire generations.

While many could attest to Kanuga’s magnetic pull, few have as many memories as Emily Grimball. In an effort to recapture some of Kanuga’s greatest stories, we traveled to Charleston, SC, to hear Emily reminisce about summers spent in Western North Carolina.

Kanuga was still in its early years when Emily began coming to Kanuga. “I started coming as a toddler,” says Emily. “My first memories were when my parents would come to Kanuga to attend conferences. To entertain the children, the staff would take the children to a beautiful spot near the creek, and then you’d have different activities to do in the afternoon.”

As time passed, so did Kanuga’s pull on Emily and her family. Kanuga’s founder, Bishop Kirkman George Finlay, eventually asked Emily’s mother to serve as a camp counselor. Her mother accepted the offer and Emily participated in camp as well.

Some of Emily’s earliest camp memories include Bishop Finlay. “I remember Bishop Finlay very well. He died when I was 8,” says Emily. “When I went to midget camp, he would come up on horseback and tell stories in the evening. He called all the girls ‘daughter.’ He was one of the dearest people I’ve ever known. He was a wonderful man with a wonderful sense of humor.”

Growing Up at Kanuga

Throughout her childhood, Emily returned to Kanuga. She continued to attend midget and junior camp, and then moved on to the Young People Service League and college conferences. When she was old enough, she took summer jobs at Kanuga working in the Dining Room waiting tables and one year she even helped run it. She also had a short stint overseeing the athletic programs.

When Emily looks back at all those years spent at Kanuga, one common thread sums it all up—family. “Kanuga is such a family place,” says Emily. “Everyone feels like they are all part of the same family.”

Perhaps that statement rings even truer for Emily, as she knew her future mother-in-law through Kanuga before she even met her husband. “I knew my mother-in-law years before I knew my husband. She was a really neat lady,” says Emily. “I didn’t meet my future husband until much later.”

Passing on the Kanuga Tradition

After getting engaged on the Kanuga Lake dam, Emily and Berkeley got married in 1949 and began a new family tradition of spending summers at Kanuga after having three children. “We finally started coming back when my daughter was eight months old and have been coming ever since,” says Emily. “Every one of my children, Berkeley Jr., Lawton, and Meta, love it. They’ll all be back, God willing, at the second week of guest period this year.”