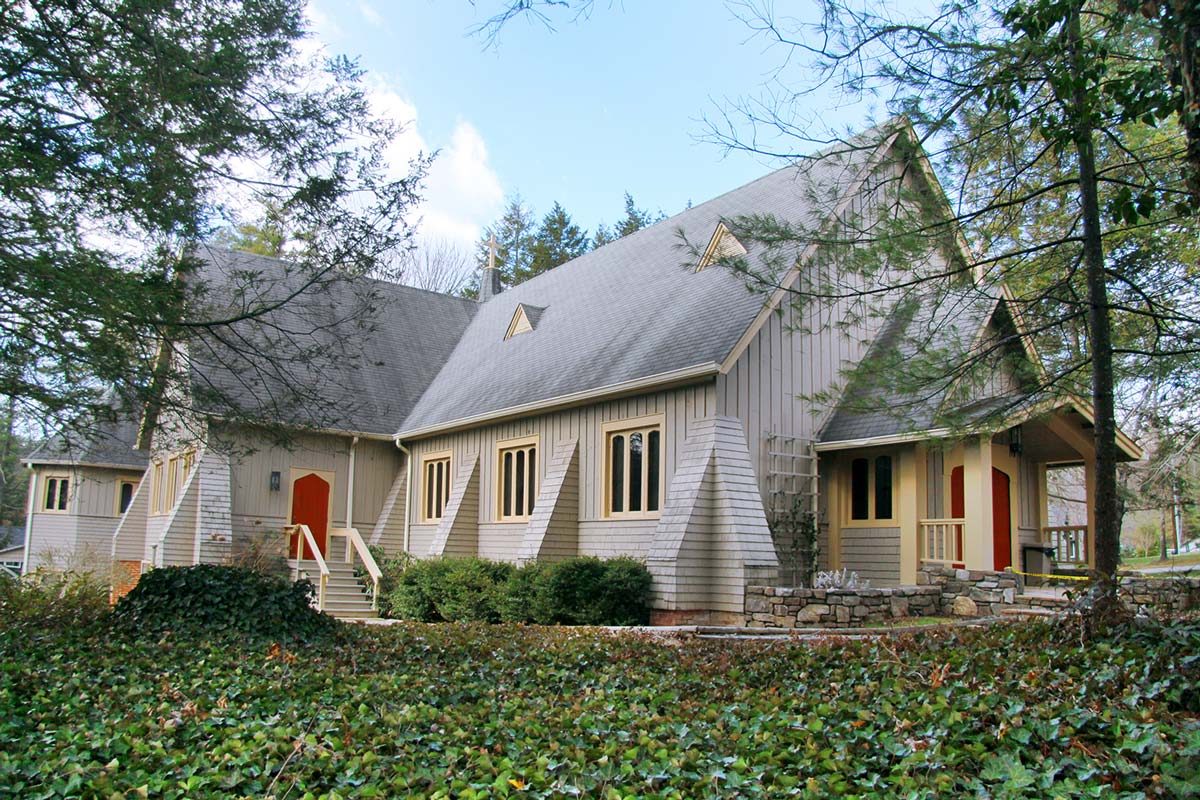 Preserving the Heart of Kanuga

For generations, Kanuga has provided physical respite from the outside world by hosting conferences, retreats, and seasonal guest periods. Since 1942, the Chapel of the Transfiguration has acted as the spiritual heart of Kanuga. Through the years, the chapel has graciously welcomed generations for worship services, baptisms, and weddings.

“The Chapel of the Transfiguration is our spiritual center at Kanuga. It is a beacon of where we have come from and what we aspire to be,” says Kanuga President, Michael Sullivan. “We all share it and it’s an essential part of us.”

The Vision for a Chapel at Kanuga

In 1928, Kirkman George Finlay, first Bishop of Upper South Carolina, led the push to start a chapel building fund as a result of growth at the conference center. However, construction on the chapel didn’t begin until the summer of 1938—after the passing of Bishop Finlay. S. Grant Alexander, the architect who oversaw the reconstruction of the historic Calvary Episcopal Church in nearby Fletcher, NC, was selected for the job.

Alexander built the chapel using Kanuga timber salvaged from a storm in 1936 and saved expressly for the building of the chapel. Unfortunately, the timber was pine wood and was too soft for a robust construction project. Metal support rods stretching from wall to wall allowed construction to continue in a safe manner. Almost 20 year later, steel channel supports were added under the eaves and through the transepts to prevent further movement. The finished chapel was dedicated on July 19,1942.

Because of its distinguished history and central role in Kanuga’s mission, the time has come to ensure the chapel’s physical and spiritual integrity. Although the chapel has been evaluated and declared stable by a structural engineer, the evaluation process revealed the need for addressing several maintenance concerns and reimagining the chapel’s role in Kanuga’s future. Dan Beaman, Kanuga Board of Visitors member and retired architect, is lending his professional expertise to the project.

When asked about the plans for the chapel, Dan foresees the opportunity to not only preserve, but improve the structure. “The chapel needs to be reinterpreted in a way that keeps it as the spiritual heart of Kanuga,” says Dan. “One of the things we are serious about is not making any major changes to the interior. For example, the fingerprints on the ceiling will stay. We want to apply the idea of radical hospitality to the chapel and its immediate environment by making better use of the space.”

“It’s of the utmost importance that we maintain the beauty and feel of the chapel while also bringing it up to the current code requirements. We not only plan to maintain the integrity of the building but to also expand its role as a key part of our campus,” says Michael. “The chapel was built to celebrate our founder. As we prepare to commemorate 100 years of Kanuga, this is a vital aspect of how we will carry his vision into the next 100.”