Master knitting and quilting techniques on a weekend escape

Knitters and quilters can choose a project to work on during this three-day retreat. Projects will be offered for beginning to advanced knitters and beginning to intermediate quilters. You are also welcome to bring your own project to work on. In addition to daily classes, there will be get-togethers by the fire, time for hiking to scenic mountain overlooks, and visiting area yarn and quilting shops.

Varian Brandon began knitting at age eight. A trip to the islands of Great Britain rekindled a love of color and created an interest in the traditions of Fair Isle design and construction. She is currently designing stranded colorwork patterns for several yarn companies, as well as her own website. Additionally, her designs have been published in several national and internationnl magazines including *Yarnwise,* *PLY,* and *Interweave Knits.* Currently living in Saluda, North Carolina, Varian has been teaching stranded colorwork and related knitting techniques, both virtually and in person, at national and regional fiber festivals and retreats, in local yarn shops, and for the past 17 years at the Kanuga Knitting and Quilting Retreat. Online, she can be found at www.brandonknittingdesigns.com, on Ravelry at varianbrandon, and on her YouTube channel, Varian Brandon. 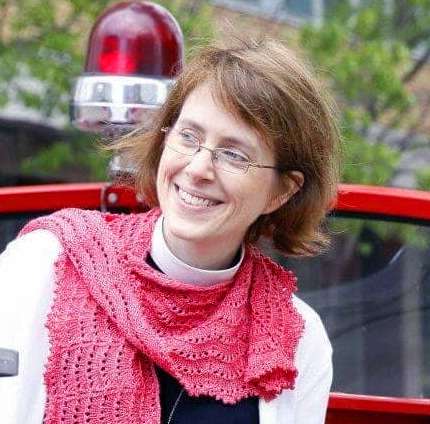 CONFERENCE CHAPLAIN
Rev. Jennifer Deaton
Jennifer graduated from Emory University in 1994 with a B.A. in Religion, and from the University of Mississippi in 1998 with an M.Ed. in Educational Psychology. She earned her M.Div. from the General Theological Seminary in 2004. She served as Curate at St. Paul’s in Meridian, and as Chaplain at St. Andrew’s Episcopal School in Jackson. Jennifer has completed a two-year training in the practice of spiritual direction. She served as Canon for Pastoral care at St Andrew’s Cathedral in Jackson, and is now rector at St. Stephen’s Episcopal Church in Indianola, Mississippi.