Kanuga’s annual Renewal Conference is designed as a spiritual recharge, the week features dynamic morning and evening teaching, afternoon relaxation and workshops and powerful worship. This year our Keynote Speaker, Dr. Kapic will speak from his latest book The God Who Gives: How the Trinity Shapes the Christian Story. Many Christians wonder what the Christian life is all about. Dr. Kapic calls us to discover that the whole Christian story is founded upon the Triune God’s self-giving and our belonging to God. Fully embracing this truth changes how we view God, ourselves, and the world.  Living in God’s gifts, we are freed to give ourselves and truly experience life. 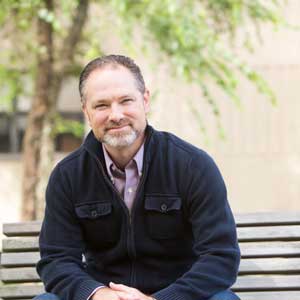 Kelly M. Kapic is Professor of Theological Studies at Covenant College where he has taught since 2001.  With a PhD in Systematic and Historical Theology from King’s College University of London, Kapic has written or edited fifteen books, including the recent volume Embodied Hope: A Theological Meditation on Pain and Suffering, which won the Christianity Today book of the year award in the area of Theology and Ethics and World Magazine’s Short List award for Accessible Theology Book of the year.  He also recently completed two volumes with the economist Brian Fikkert called Becoming Whole: Why the Opposite of Poverty isn’t the American Dream and A Field Guide to Becoming Whole: Principles for Poverty Alleviation Ministries.  In 2014 Kapic received a Templeton Grant to be part of The Center for Christian Thought studying the topic of Psychology and Spiritual Formation.  Currently he serves as part of the Core Research Teams for the Templeton funded studies called “Project Amazing Grace” and “Christian Meaning-Making, Suffering and the Flourishing Life.” 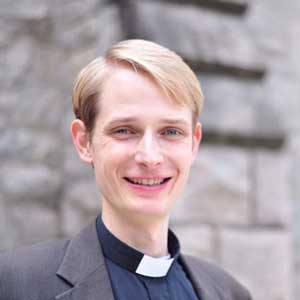 A native Minnesotan, David Booman is a 2005 graduate of Viterbo University and a 2010 graduate of Trinity School for Ministry. After graduation he moved to Charleston to complete a hospital chaplaincy residency at Roper St. Francis. Subsequently he has served the last eight years at St. Michael’s Church, first as the Assistant for Pastoral Care and Healing Prayer and then as the Assistant for Family Ministry. He continues to find great joy in seeing the Gospel of Jesus Christ bring hope and healing to those in dark places. He has been married to Caity for nearly nine years and they have three young sons and one incorrigible cat. David enjoys spending time with his family, reading, and playing ping-pong and frisbee golf. 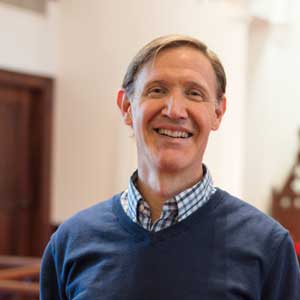 Chris began pastoral ministry at Church of the Holy Cross, Sullivan’s Island, SC in 2003.  He served as Associate Rector until 2007 when he was called to leadership at Saint Christopher Camp and Conference Center. After spending four years as Rector and Executive Director there, God called him to return to ministry as a pastor at Holy Cross. In 2015 he was officially installed as Rector (Senior Pastor) of the church. Chris is passionate about prayer, mission, and equipping and empowering God’s people. His call from the Lord is to teach, preach and pray, and his purpose in life is to know God and make God’s glory known. When he’s not working, you can often find Chris on the beach (likely surfing).  He and his wife Catherine enjoy life with their 3 children (Anna, Caroline, and Nathan) and two dogs.

Mark and Lisa Greenslit, with their four children, have attended Renewal Conference for many years. They worship at St. Paul’s Summerville in South Carolina. “Renewal Conference has richly blessed our family each summer,” says Mark and Lisa. “We are privileged to serve as your coordinators!”

Kanuga is pleased to offer a special team discount to groups in an effort to help make the Kanuga experience more accessible. Register your team of 6 participating adults together and make the deposit for each person. Kanuga will apply a 10% discount per person to the balance due when the necessary six or more participants have been registered. Participants must all be registered at the same time; later additions will not be eligible for the discount. In addition, if group size falls below six participants the discount is retracted. Please note that this offer expires 30 days prior to the conference start date.