In Honor of Mary: A Gift of Renewal for Kanuga

“My aunt loved Kanuga more than anything else,” says Heather W. Harts’horn, speaking of her father’s only sibling, Mary Hartshorn-Gregory, whose visits to Kanuga spanned five decades. The two families lived on the same street for 150 years, and Heather developed a special relationship with her Aunt Mary that was to be lifelong. Although the years found them in different parts of the country, their bond remained strong. In fact after an economic disaster struck Heather in 2008, Aunt Mary’s family made sure Heather had the resources she needed to rebuild.

In the 1990s, Aunt Mary moved to Black Mountain, North Carolina to be nearer to her daughter, “Magi,” and to Kanuga. At the time, Heather was working toward a graduate degree at Chapel Hill and spent many holidays with Aunt Mary and Magi’s family. “The first time I came to Kanuga was for Aunt Mary’s memorial service in St. Francis Chapel, and learned first-hand why she loved it as she had,” says Heather.

When her cousin Magi’s daughter, Leah May, graduated from college, she asked Heather about a necklace she was wearing. Heather made a mental note, and thought at the time that a gift of jewelry for Leah May would be the perfect birthday surprise someday. “A year later, the pandemic hit,” says Heather, “and I had time to develop some of my interests in design.” Heather resolved to create a necklace for Leah May that would combine aspects of the necklace she had admired, with emerald, her birthstone. The project was a success, and Heather began to think about how her one-of-a-kind jewelry could be a legacy gift not only to family but also in honor of family. Since May birthdays abound in her family, Heather continued to think along the lines of the emerald, May’s gemstone and a symbol of Spring’s new beginnings.

“The generosity and love my Aunt Mary showed me throughout life were priceless,” Heather says, “but somewhere in my heart I always felt I should repay it.” She concluded the best way to do this would be with a gift to Kanuga in Aunt Mary’s honor. Heather got busy drawing sketches and playing with the colors. She used the square shape of the emerald to create a pendant for a gold necklace, and designed complementary earrings.

“So, it is with this emerald jewelry that I attempt to repay Aunt Mary’s many gifts to me, with my gift to the place she loved more than any,” says Heather, “I hope that the necklace and earrings bring needed resources to Kanuga. I know Aunt Mary would hope their proceeds would support the ongoing restoration and maintenance of the historic cottages she loved.”

Heather, thank you so much for the gift and for sharing your story with Kanuga. 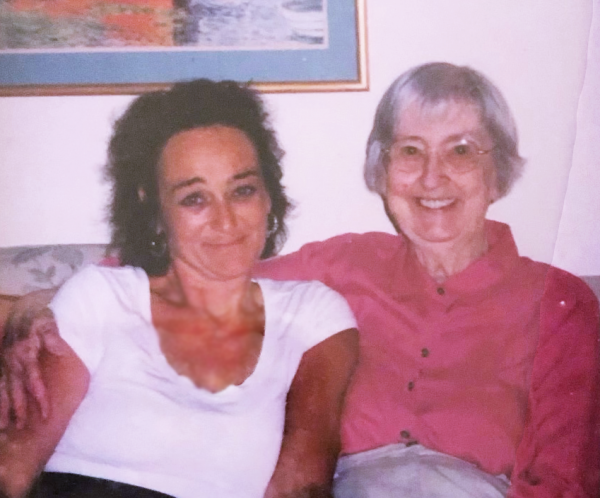 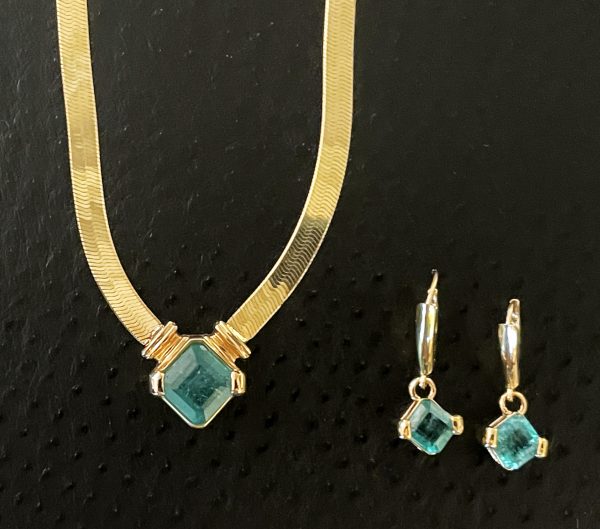