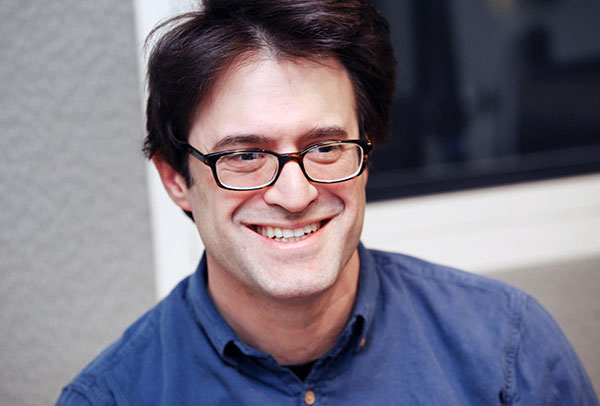 Room for the Golden Rule in the political arena?

“Faith, Politics and the Golden Rule” is the timely theme of the ninth annual Lansing Lee Conference, taking place October 16–18 at Kanuga. Los Angeles Times writer Mark Oppenheimer will keynote. With three months left until the U.S. presidential election, this year’s conference will examine the place of spiritual values like courtesy and respect in relation to democracy and the current political climate.

“We are going to try to think deeply about how our expectations for civility got so low,” said Oppenheimer. “This year, dozens of comments have been made in the election, any one of which would have ruined a presidential candidate in 1980, to say nothing of 1952.”

An engaging public speaker, Mark Oppenheimer holds a Ph.D. in American religious history from Yale, where he is a lecturer. He has authored several books which explore religion in modern society and has made significant journalistic contributions to The New York Times,The Atlantic, Mother Jones, The Believer and Harper’s, among others.

The intersection of faith & politics

In his address to Congress on September 24, 2015, Pope Francis reminded the world of Jesus’ words from the Sermon on the Mount. “The yardstick we use for others will be the yardstick which time will use for us.” Congress acclaimed the Golden Rule, but a day later, things were business as usual.

“I think it starts with little things,” said Oppenheimer. “I have noticed that on both the right and the left, crudeness and obscenity have become markers of ‘authenticity’ in politics. As if, to show that you care, you have to speak ill of opponents. That strikes me as demeaning to us all.”

Through workshops, reflection and a panel debate, speakers at the Lansing Lee Conference will challenge participants to navigate delicate political issues and explore transformational leadership.

Most major religions hold some tenet similar to the Golden Rule. Coordinators at Kanuga have brought together a diverse panel of thinkers, in line with the mission to cultivate community and empower others for strength, growth and service.

“Our guest speakers all have one thing in common,” said Director of Adult Conferences Chris Lynn, “they are passionate about the influence of spiritual matters on contemporary society during these times of political uncertainty.”

Oppenheimer shares Lynn’s excitement. “I’ve never before been part of a conference that has had such high-profile thinkers from the Christian, Jewish and Muslim worlds in one place, at one time, over several days. And since I know my fellow speakers well, I know that they’re among the most engaged and interactive public speakers anywhere. This will not be a passive experience for anyone.”

Honoring Lansing B. Lee Jr. of Augusta, Georgia and his dedication to Kanuga for over 50 years, the yearly Lansing Lee Conference explores the theme “Practicing the Faith,” within the context of the world, nation, the Church and society. The conference is made possible through a memorial endowment established by his wife Natalie Lee, with major support from the Buford L. Bowen Endowment.

Learn more about the 2016 Lansing Lee Conference or register now.