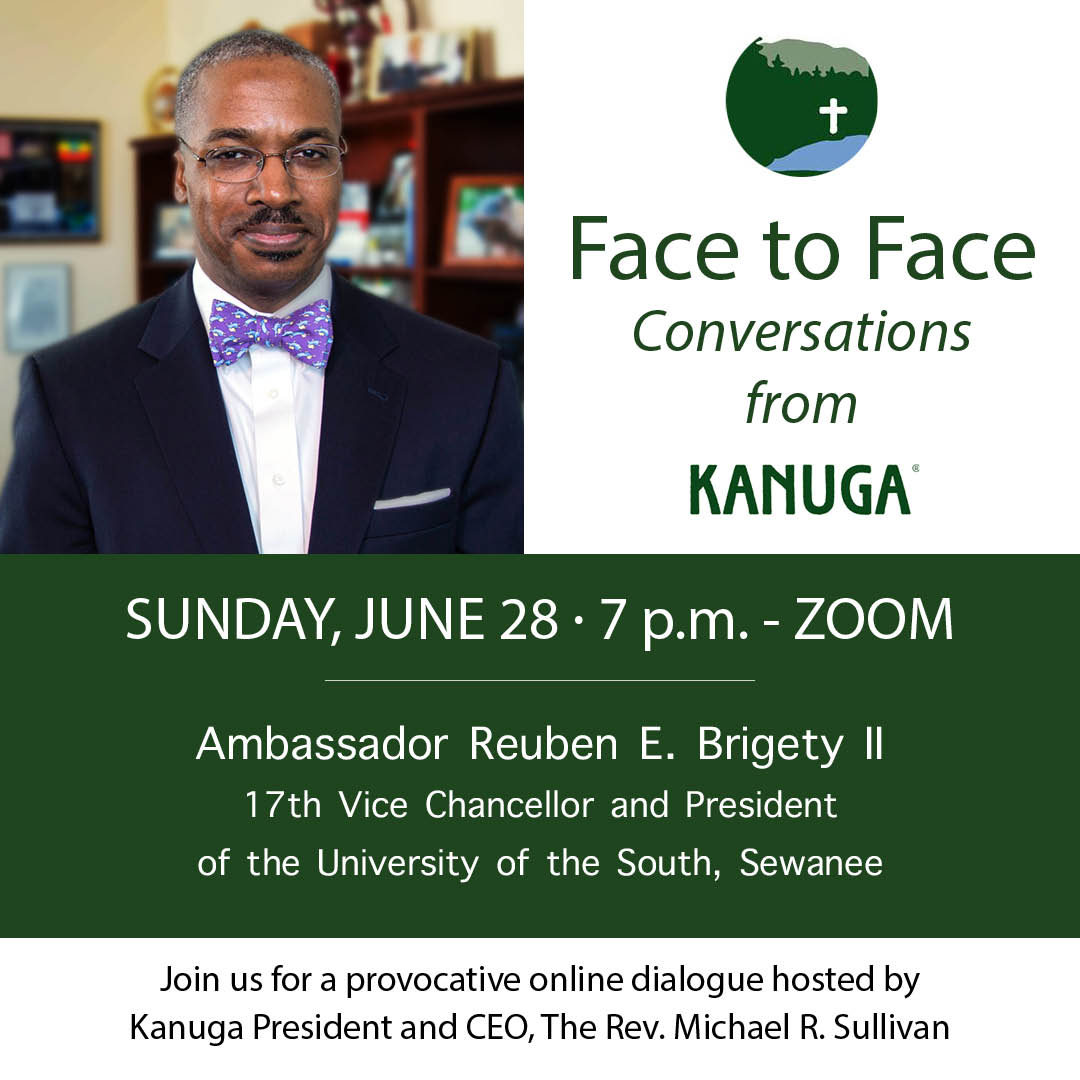 In this new online series, Kanuga presents provocative dialogue to reveal the kingdom of God at hand. By seeking a more mindful and compassionate world together, we honor the dignity of every human being and promote justice and peace. Our honest, vulnerable exchange trusts that God will reveal a sacred path forward, not only for ourselves, but for the world God so loves.

The series, held on various Sunday evenings at 7 p.m., features guests who join Kanuga President & CEO The Rev. Michael Sullivan to address the challenges of our day.