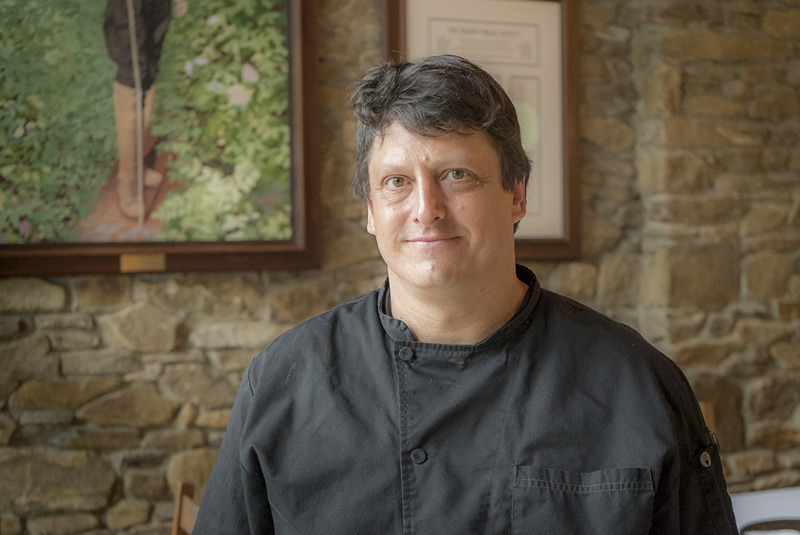 The Dining Room Serves up Flavorful Changes this Summer

The Dining Room at Kanuga is home to one of our most treasured traditions—Kanuga toast. While the best things never change, our staff has been hard at work behind the scenes improving the dining experience.

This summer, we welcomed a new executive chef. Chef Michael Pavey attended Johnson & Wales University where he made the dean’s list. His culinary career has taken him to dining establishments in South Carolina, Oregon, Washington, Montana, and Georgia.

Chef Pavey brings the same passion to Kanuga that drove him into the kitchen at age five. Determined to dine on pancakes every day for breakfast, he learned to make his favorite meal in kindergarten. The rest is history, as the desire to create delicious food later formed his career.

In addition to a new executive chef, Kanuga joined the NC 10% Campaign. This new initiative is led by the Center for Environmental Farming Systems and North Carolina Cooperative Extension. The goal is to encourage local businesses to spend at least 10% of their food budget on foods grown within North Carolina. By making responsible purchasing decisions, the effort improves the state’s economy and supports local food producers.

This year, Kanuga showed their support by reaching out to farms across the state. This resulted in fresh selections that showcased the flavors of the season and the region. Our menus now include sweet potatoes and collard greens from Scott Farms in Lucama, NC; sweet potatoes from Hams Produce in Snow Hill, NC; produce from Patterson Farm and Sunny Creek Farm in China Grove and Tryon; sweet peppers from Bailey Farm in Oxford, NC; and apples from Perry Lowe Orchard in Moravian Falls, NC.